Chat with us, powered by LiveChat

Economic sanctions. It’s a pretty meaty topic that’s often filled with confusion. And understandably, it’s easy to feel overwhelmed by what can be a confusing cat-and-mouse game with financial regulators around the world.

You may not have considered the huge impact economic sanctions can have on your business, so here’s an overview of what they are, how they could affect you, and why it’s important to comply… along with the serious implications of turning a blind eye.

What are economic sanctions?

Economic sanctions are commercial and financial penalties applied by one or more countries against other countries, groups, or individuals, usually for economic circumstances but potentially for a range variety of political, military, and social issues.

In short, sanctions are the ways in which global market regulators are able to keep governments and organisations around the world in check.

Sanctions include things like freezing of assets, the blocking of money transfers, or restriction of travel or trade. This can have a direct impact on you, your business, or both.

Each country has different regulations, but navigating them all doesn’t have to be a headache.

How can sanctions affect me?

If you do business within the EU, you’ll need to pay the most attention to EU sanctions.

But a key thing to note is that the EU regulations reach affects all business incorporated in EU member states as well as business conducted even partly in the EU – so it’s highly likely their sanctions impact you.

The EU sanctions map has a list of the countries covered by current EU sanctions, and the actions you’re not permitted to take with organisations of those countries without paying a penalty. Countries currently on the list include Syria, Iran, Egypt and Iraq.

If you also operate in the USA, the US Treasury has separate economic sanctions programs that you’ll need to keep an eye on too.

If you do business in the EU and the US, there’s a grey area in regulation that falls under the US’s ‘secondary sanctions’ as well as the EU’s “Blocking Statute”.

This is where you may be pressured into stopping your activities with countries under US sanctions, even if those countries aren’t being sanctioned by the EU.

An example is Cuba, which has been under a commercial, economic, and financial embargo by the USA for over half a century.

What are the penalties?

The penalties for breaching sanctions can be astronomical.

The US handed out a whopping $1.2 billion in fines in 2019, so you definitely wouldn’t want to be on the receiving end. Here are a few organisations to have paid the price in recent years…

Crédit Agricole – the French bank was said to have broken over 4,000 US economic sanction laws by processing financial transactions in countries such as Iran, Cuba and Burma. They settled for a scary $800 million.

Commerzbank – the German banking giant was accused of processing over 1,500 transactions in Burma, Cuba, Iran, and Sudan which violated US economic sanction laws. Just like Crédit Agricole, they apparently failed to reference the sanctions in reports they sent to US financial institutions. The penalty? A whopping $720 million.

The US Treasury has also fined many other huge businesses for sanction breaking.

What about smaller businesses?

Sanctions don’t just affect market leaders. SMEs have been guilty of breaches too, including the small US family-owned business with 10 employees, which was found to have violated economic sanction laws to the tune of around $80,000.

According to the US Treasury, the business exported machines to a company in China that was suspected of making weapons.

This is a reminder of the importance of knowing your customers and suppliers, because any business can be found to violate economic sanctions, regardless of size or turnover.

Given how complex economic sanctions are, it’s crucial to comply, particularly if you work across borders. So it’s important that you regularly check your suppliers and customers against the sanctions list in the EU and US.

But why take the risk?

We are able to assist businesses with the expertise in compliance pertaining to economic sanctions.

At EBC Trust, we’re the trusted advisor of businesses who trade internationally, and we can support you with the in-depth knowledge and expertise needed to comply with economic sanction laws.

Get in touch for a free consultation. It might be more straightforward than you think. 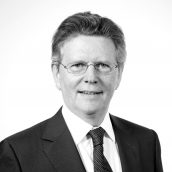